What I Learned About Trust in a Marine Helicopter Squadron

Simply stated, character is the foundation for a successful team and it’s the leader’s job to develop it. 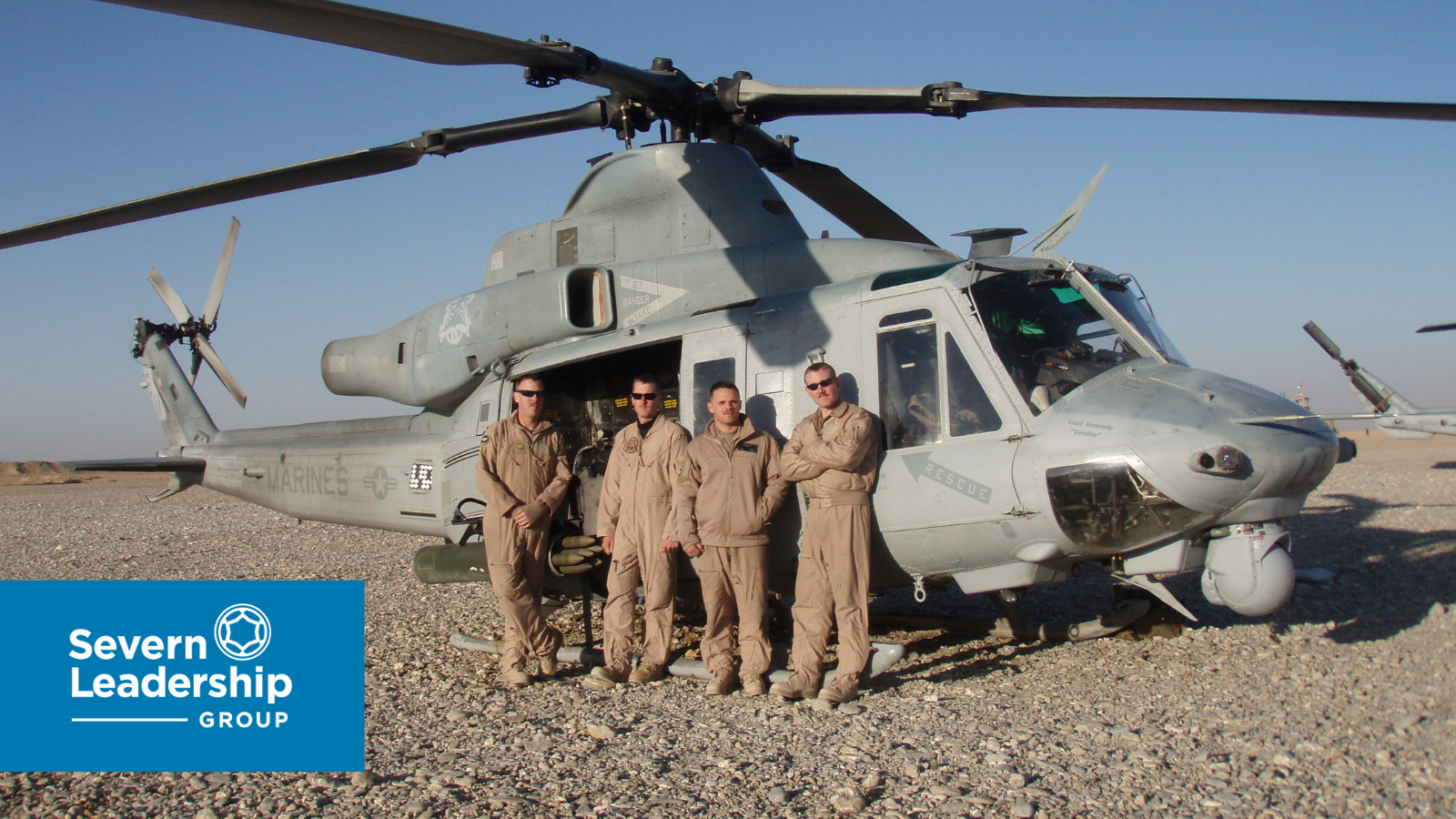 From August 2009 to September 2014, I had the honor of being a member of the HMLA-369 “Gunfighters” based out of Camp Pendleton, California. Over that time and with three deployments to Helmand Province, Afghanistan in support of Operation Enduring Freedom, I was able to observe and influence the culture of the Gunfighters. Over four commanding officers and constant changes in personnel, the culture of the Gunfighters remained resoundingly positive and focused on unwavering support to the Marines on the ground.

Looking back on my time in the Gunfighters, I have tried to identify what were the drivers that made the culture so positive and why as a unit we were so successful. It certainly wasn’t perfect and there were definitely leaders that negatively challenged that culture, but in the end, the “Gunfighter culture” always remained strong.

To figure this out, I examined and analyzed how the Gunfighter’s were viewed by the units we supported. From that analysis, I distilled four components that characterized the Gunfighter’s strength: Trust, Reputation, Culture, and Character.

The infantry units trusted the Gunfighters without question. So many times during intense combat in Afghanistan, we were handed control of battlefield and trusted to take care of the Marines on the ground. This was our sacred duty and purpose and we always succeeded in that mission.

How did the Gunfighters earn that trust?

It came from our reputation of always being professional, adaptable, on time, and on target. Our successful training deployments with various units demonstrated that we would always meet our mission commitments. If we didn't, we would hold ourselves accountable.

My first commanding officer (CO), Col. Michael Moore (retired), really drove home what was expected by all aircrew in the squadron by telling everyone at the end of every meeting and shift change to “think on your feet, and hit what you’re aiming at.” Reputation is tough.

It takes years to develop and can disappear in seconds. It is also a powerful influencer of morale because people want to be a part of an organization with a good reputation. No one wants to be in an organization with a bad reputation. The motto of the Gunfighters is “it is all about respect” – this drove every Gunfighter to focus on providing the best support to the Marines on the ground to develop that outstanding reputation.

How did the Gunfighters develop such a positive reputation?

The Gunfighters fostered a culture of compassion, accountability, and purpose. Purpose in the squadron meant that everyone in the unit played a role in the success of every mission – it wasn’t just the skill of the aircrew. Everyone from the plane captains maintaining the aircraft to the clerks managing expense reports played a part in the unit’s success.

If a mission or task failed to meet the Gunfighter’s high standards, it was expected that the people responsible would hold themselves accountable to correct the issue and prevent recurrence. The most important part of the culture came from the respect and compassion held for each squadron member. Everyone took care of everyone else and ensured that flights always returned back to base. The more senior aircrew would teach junior aircrew the skills needed to help them grow professionally and survive difficult missions. There was always the feeling that someone “had your back” and wanted to see you succeed.

This culture came from leaders of character.

The Gunfighters had servant leaders who put others before themselves and led by example. This servant leadership was contagious and constantly spread throughout the squadron. I didn’t know it at the time, but the SLG virtues of Love, Integrity, Truth, Excellence, and Relationship were absolutely present in the leaders that shaped me and others to take charge and maintain this culture. It was our duty to serve the Gunfighters and the Marines we supported.

As an engineer, I like to think about how different components interact with each other to provide different results. With this in mind, I took all of the components off the Gunfighters’ success described above and put it into a hierarchy as seen below.

Again thinking like an engineer, it takes a well-thought-out design and high-quality materials to hold heavy loads and endure harsh environments. If the materials are defective or the design is flawed, then the structure will fail. The engineer also needs to be aware of outside factors that can impact this structure, namely corrosive or damaging factors that erode strength and reliability.

Applying this structural talk to the Gunfighter Paradigm, each level of the paradigm bears “weight” on the level below it. The lower levels need to hold the “weight” of the level above. A unique part of this paradigm is that the more positive a level is, they heavier it is.

For example, the weight of having a customer’s trust is very heavy, and it requires very robust organization to maintain this trust. This flows from the top to the bottom of the paradigm. Building an organization with leaders of strong character and then developing a positive culture makes for a strong foundation that is capable of handling the difficult situations that the organization will encounter.

So what does this mean to a leader?

The most important role of a leader is to assess and develop their team.  Without assessment, or seeking feedback, the leader will not know how to properly develop and strengthen the character and culture needed to carry a reputation that cultivates trust.  Additionally, the leader needs to seek feedback on how outside factors either corrode or reinforce that foundation.

Properly attuned leaders will be able to tap into morale at all levels to determine the state of their organization. Morale can provide feedback into which levels are having the most difficulty or issues or even capitalize on what is going well in the organization.

During my time in the Gunfighters, morale at all levels was used to determine where improvements needed to be made. Morale was identified informally through interactions with Marines throughout the squadron and formally through surveys and meetings meant to gauge the state of the squadron. This desire to seek feedback and improve was critical to the Gunfighters’ success, just as it is for every organization.

The process is challenging and mistakes will occur, but a leader that starts with character to build a strong foundation for team culture is in the best position to guard against, or repair damage from “corrosion.” Additionally, leaders that inherit a team that with a lot of “corrosive wear” (i.e., low morale) can see through the Gunfighter’s Paradigm where they need to start: building a foundation of character.

Simply stated, character is the foundation for a successful team and it’s the leader’s job to develop it.

Josh McClellan is an Engineering Manager and Ethics Advisor at Northrop Grumman Mission Systems and a Certified Mentor with the Severn Leadership Group. He served over eight years as a  U.S. Marine Corps Aviator and completed three deployments to Afghanistan in support of Operation Enduring Freedom. He lives in the Baltimore area with his wife, Ashly, and their two sons, Gavin and Jake, and is passionate about developing leaders that support their communities and others. 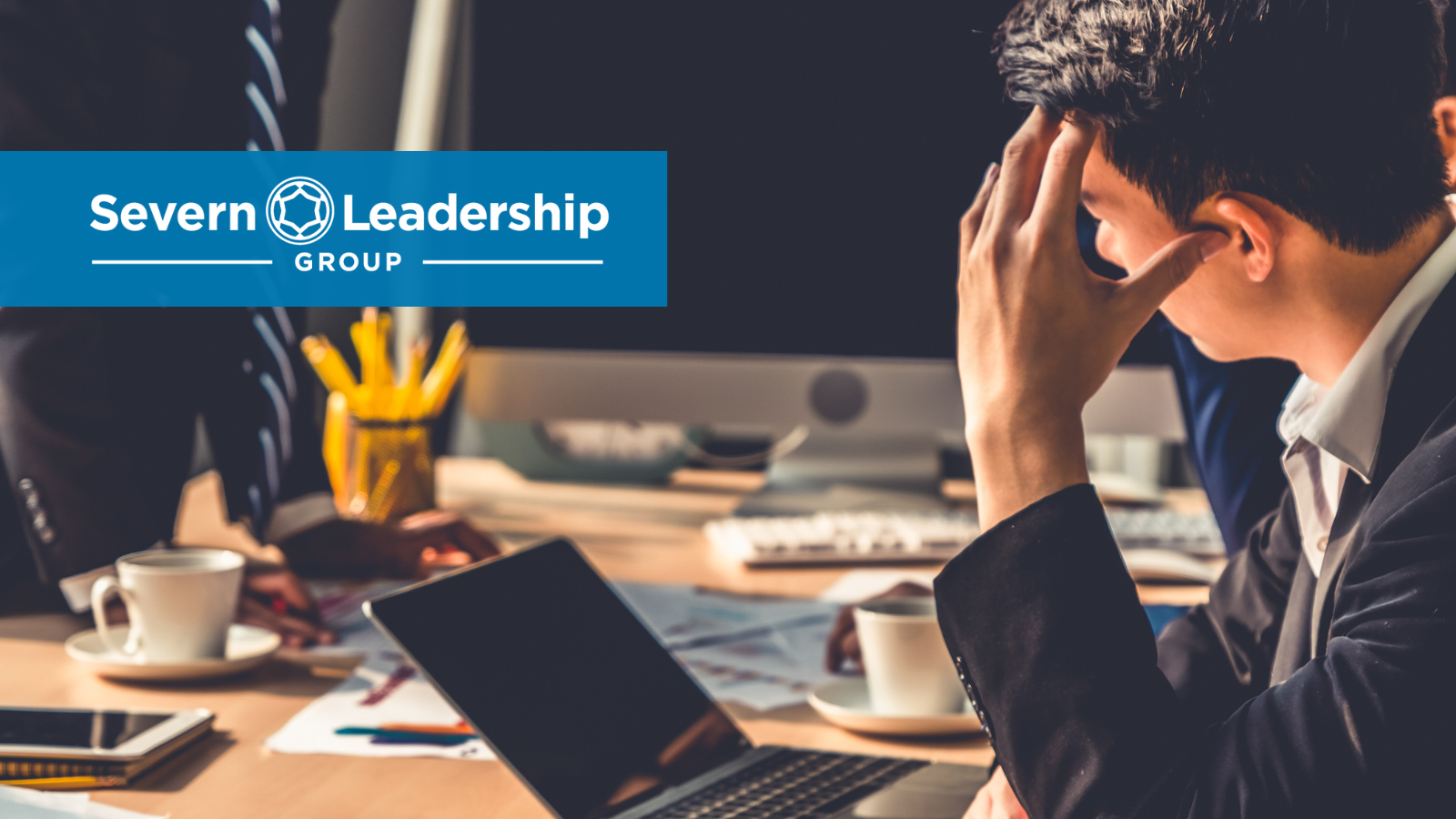 Leading in a Time of "Quiet Quitting"

What I Learned About Trust in a Marine Helicopter Squadron