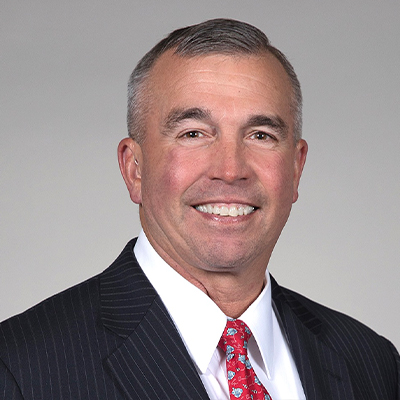 Joining the Severn Leadership Group (SLG) as an SLG Certified Mentor in 2019, John has now served as a Director on the Board of Directors since 2022.

John Wissler retired from the United States Marine Corps in 2017 as a Lieutenant General with over 39 years’ experience in leading dynamic, multi-faceted, resource constrained, results driven organizations.  He served as the Commander, U.S. Marine Corps Forces Command (2015-2017) and the Commanding General III Marine Expeditionary Force (2013-2015).  In each of these assignments he was responsible for providing leadership, fiscal guidance and budget execution, strategic planning, and organizational development for as many as 65,000 Marines, Sailors, and government civilians.  John also served as the Deputy Commandant of the Marine Corps for Programs and Resources (2010-2013) wherein he led the Marine Corps’ planning, programming, and fiscal processes to optimize current and future organizational development, training, maintenance, and procurement requirements.

John established JPW Solutions, LLC, a disabled-veteran owned business, to share his passion for excellence in strategic planning, government budget and requirements, leadership development, and logistics operations in each of these areas. He has served as a mentor and senior advisor with several governmental agencies, industry, U.S. Major League Soccer, and several colleges.  He is also working with the defense industry developing long term strategic planning for cutting-edge technologies and logistics systems

John possesses a Master of Science Degree in Industrial Engineering/Engineering Management, Air Force Institute of Technology, Dayton, OH; a Bachelor of Science in Ocean Engineering, United States Naval Academy, Annapolis, MD, and served as a Commandant of the Marine Corps and Federal Executive Fellow in Foreign Policy Studies at The Brookings Institution, Washington, DC from 1998-1999.  John has attended the Singularity University Executive Program in Exponential Technologies as well the University of North Carolina Executive Program in Logistics Technology.