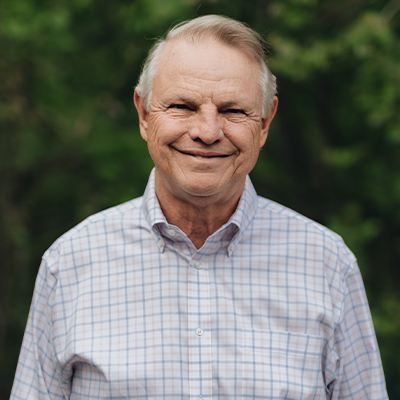 Joining the Severn Leadership Group (SLG) as an SLG Certified Mentor in 2018, Ray has since served as the Treasurer and Director on the Board of Directors since 2019.

Ray was born and raised in Delaware. He graduated from Swarthmore College with a Bachelor’s degree in Engineering in 1974 and from Princeton University with a Master’s degree in Structural Engineering in 1976.  He joined Exxon Production Research Company in 1976. Ray spent the early part of his career at Exxon’s upstream research center leading various Research & Development (R&D) groups developing technologies to support Exxon’s needs for offshore facilities in frontier areas (e.g., deepwater, arctic, earthquakes). The R&D projects ranged from measuring earthquakes on the ocean bottom offshore Alaska to developing designs for compliant structures located in 3000 feet of water. His groups also directly supported design and construction of offshore developments around the world, including the North Sea, Australia, Malaysia, Japan and the USA. After 15 years in R&D, Ray assumed numerous Project Management leadership positions in ExxonMobil in various locations in the world.  His leadership teams were responsible for the planning, design, construction, and start-up of facilities to produce oil and gas from the Alaska North Slope to South China Sea.  The projects ranged in scope from several hundred million to several billions of dollars of investment, both offshore and onshore facilities. His teams were recognized for execution excellence and extraordinary safety performance, e.g., receiving Exxon’s President award for safety performance for the East Area Projects executed in Nigeria.  He also worked directly with the host governments to build relationships with their national energy companies and to secure project approvals. Ray ultimately became responsible for ExxonMobil’s Production Company projects worldwide.  He led a functional organization to provide support and grow functional excellence for the EMPC’s global portfolio. In 2013, after 36+ years of employment, Ray elected to retire.

Ray and his wife, Torri, have been married for 27 years and have built and moved to a home in Annapolis.  They have two spirited daughters now living in Oregon and Washington DC.  Ray and his family had the opportunity to live overseas in Jakarta, Indonesia, London and Kuala Lumpur, Malaysia. His interests include hiking, golf, sailing, travel and time with family and friends.